I finished my Moebius neckwarmer a few days ago, but I decided to wait to post till I made the matching ninja mitts.

They were both easy once I sussed the Moebius and the magic loop techniques respectively (I hate using double-point needles; circulars are so much easier), but they took longer because of frogging and redoing. I frogged the neckwarmer twice, first because it had too big a circumference, then again because I decided the moss stitch (US seed) didn't suit the yarn. As for the mitts, I was very pleased with the first one I made, but Ashley got at it while I was watching TV and mauled it so badly I had to unarvel it and start over. 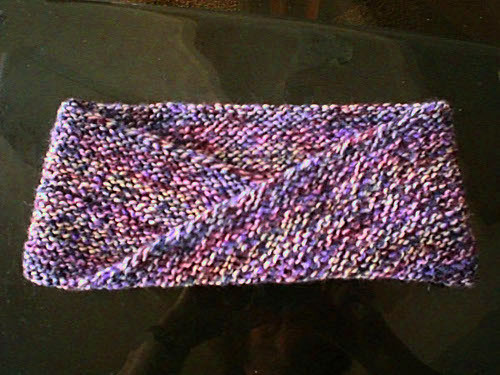 I like the tweedy look of the yarn; it's hard to tell it's just garter stitch. 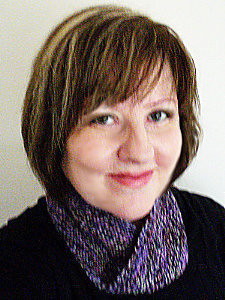 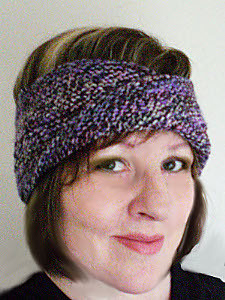 It can be a neckwarmer or headband which Greg says makes me look like a flapper. I have another whole skein so I think I'll knit another one so I can wear both at once on windy days. :-) 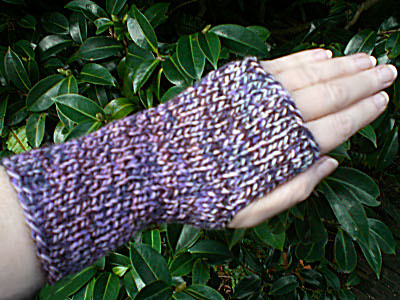 Yay, my first go at knitting in the round using the magic loop method! I like it; so much easier than faffing about with double-pointed needles. This was a dead simple pattern. Now I know how to do this, I can fiddle with this pattern trying other stitches.