It's been sad and grey and wet here for weeks, and though it fined up today, the garden party in the garden below us was moved to a hall and the have-a-go-at-croquet event was cancelled because there were floods on Wednesday and the ground is too soggy and wet. There's another garden party tomorrow in a different location and that still looks to be going ahead.

As the theme is "Medicine in the Victorian Era" I dressed as one of the Three Men in a Boat, the hypochondriac one, armed with two of Greg's Victorian bottles he dug out of the Avon River mud as a kid, one labelled "Doctor Brooke's Solar Elixir" and the other "Bonnington's Irish Moss for Coughs and Colds".

The icon BTW is as close as I can get to Victorian though it's actually me dressed as a Roman woman.

Elevenses with Mrs Beeton in the Early Settlers Hall 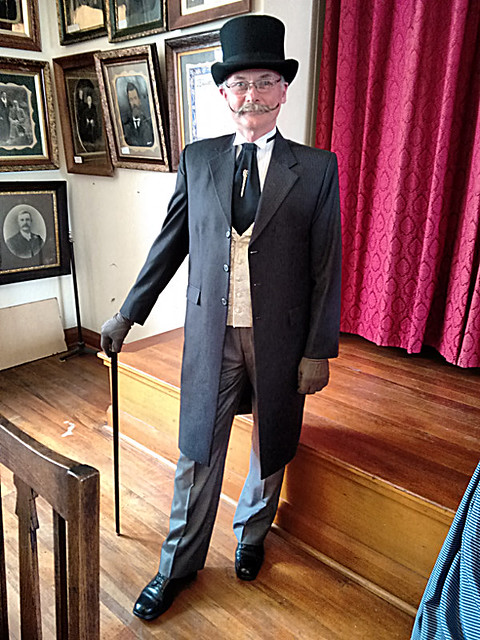 This wonderful gentleman was there. That was an excellent event: $5 for a selection of savouries and cakes including Madeira cake, a cup of tea, and a glass of Madeira - I can imagine this charmer as the singer of Flanders and Swann's "Have some Madeira m'dear". Plus you could try your hand at Victorian parlour games.

Apothecary Tea Party at the Sanatorium AKA the Opera House 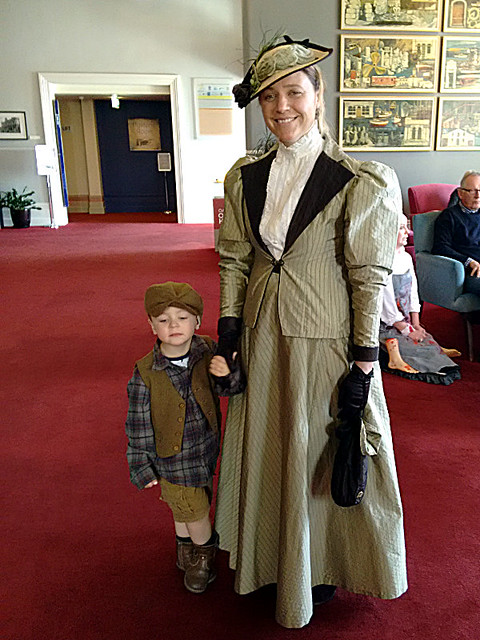 A woman and her son in the Opera House. I just noticed that there's a nurse carrying a severed foot behind her. :-P Also in the background is the entrance to the Hysteria Room.